Youngsters improve their job prospects by attending Get up to Speed 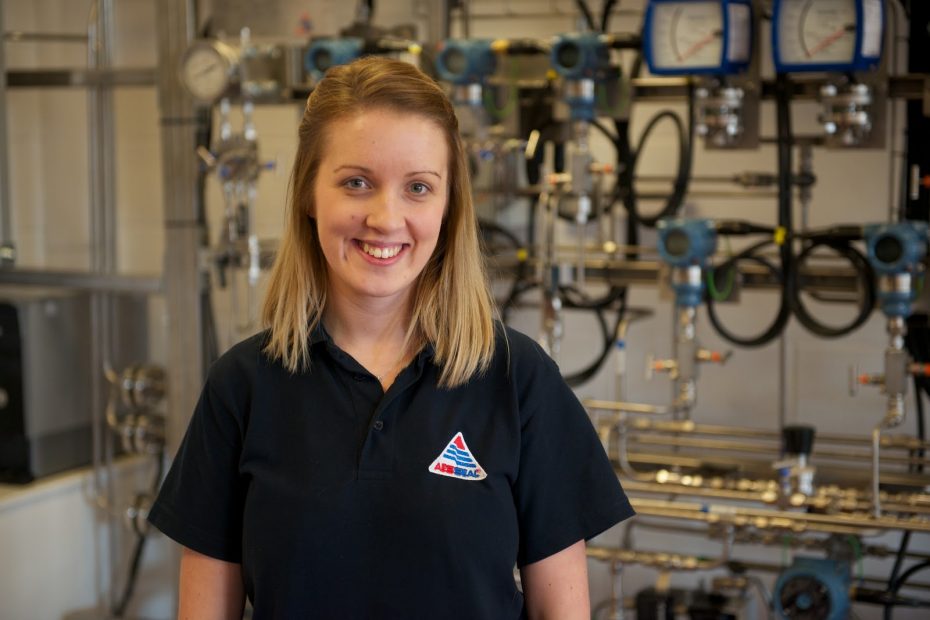 For many young people attending Get up to Speed with Engineering and Manufacturing (GUTS) literally changed their lives. Now in its 7th year GUTS is the largest event in the region showcasing careers in engineering, manufacturing and technology in a fun and interactive way. A range of the region’s top companies in the sector are there looking for future talent.

Many companies have identified and recruited such talent from those young people who have attended GUTS.

One of 2016’s sponsors AESSEAL plc in Rotherham did just that when they met Kate Richardson, 29, from Doncaster who is now a Test House Engineer. She came to Get up to Speed four years ago where she was introduced to AESSEAL. She undertook a machining based apprenticeship before moving into a more commercial role. Four years ago, Kate left Sheffield Hallam University with a degree in Art, but had an interest in metal work and fabrication. She had grown up on a farm but wanted something more hands on and practical. She attended GUTS and spoke to Richard Cook, AESSEAL’s then Production and Personnel Director, and began her apprenticeship with a mixture of work in the workshop and commercial sales office. As a Test House Engineer Kate who is now involved in product development and handling customer orders.

Callum Tingle, 18, is a former pupil of St Bernard’s Catholic High School in Rotherham. Now working in the Quality department, he started in the Commercial department but developed a preference for quality. He came to GUTS in 2014 and arranged work experience with Richard Cook of Castings Technology International in Rotherham after showing him his portfolio of work. In August after finishing school he joined Castings Technology International as an apprentice. As part of his apprenticeship he did one day in sales, two days in quality, one day in the laboratory and one day in college (AMRC Training Centre, partnered with Barnsley College). Having started in the commercial department in August 2014, Callum discovered an interest in the Quality department, and moved across full time into Quality in January along with receiving a promotion. Callum completed this year a BTEC level 3 diploma in Manufacturing and Engineering. He has carried out a work based project on research and testing for six months looking at process improvement within the business.

GUTS is free to attend for young people (primary through to university), families, teachers and members of the public. Next year’s event takes place on Wednesday 26th April 2017 at the Magna Science Adventure Centre in Rotherham, the doors open between 10 am to 6 pm, and people can simply come along and register on the day. More details can be found at www.getuptospeed.org.uk

Get up to Speed is now calling for companies to get involved with exhibition stands and sponsorship opportunities available, to find out more and discuss how you can get involved in the largest careers showcase in the Sheffield City Region, contact John Barber on john@work–wise.co.uk or 07500 331400.

In 2016 in addition to the Bloodhound Supersonic Car other attractions included Rolls Royce aircraft engines, a whole range of motor vehicles from alternative powered vehicles (Electric BMWi 8, Tesla and ITM Power hydrogen powered vehicles) to Rally and Formula Racing cars (some built by students), a range of hands on simulators, virtual reality experiences, including welding, giant digital Scalextric track (10 X 10 metres), and the fastest blind driver in the world. In addition over 60 companies and training organisations/colleges/universities were present with their apprentices and graduates to give a real feel to jobs and careers in the industry. Oh and there was also a Dalek and free Our Cow Molly Ice Cream!