SELA inspires 2,000 young people to Get Up To Speed with Engineering 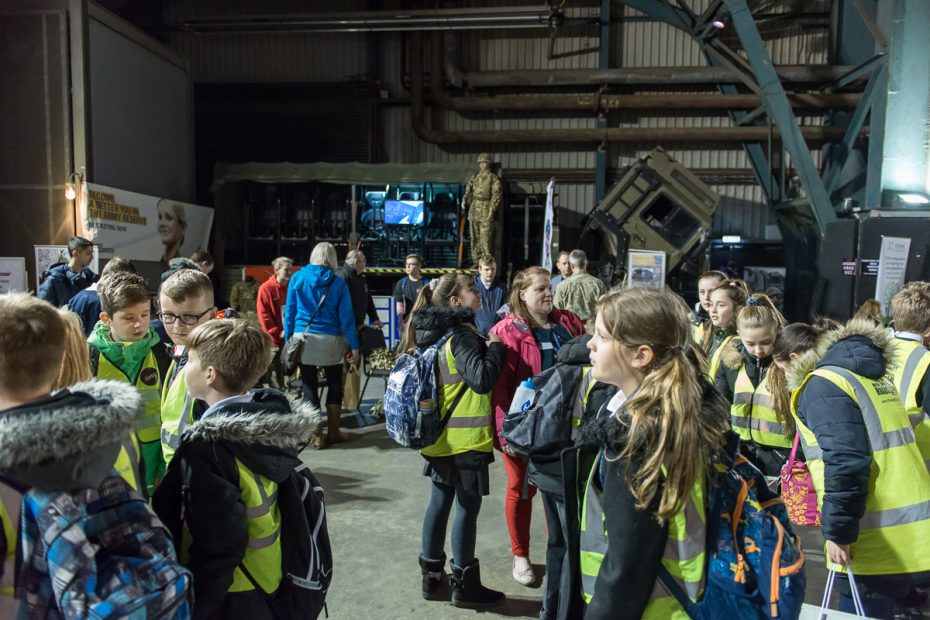 SELA Cohort 2017 yesterday inspired over 2,000 young people to recognise their potential to succeed through STEM.

Think Inside The Box, conceived, designed and delivered by SELA students, showcased nine engineering disciplines in interactive exhibits as the centre-piece of Get up to Speed with STEM at Magna Science Centre in Rotherham, alongside well-known engineering organisations including Liberty Steel, AESSEAL, Doncasters Bramah and Mazak.

Through engaging with the nine boxes, young people experienced a virtual reality flight through the solar system, learnt to engineer earthquake-resistant buildings, and tried their hands at keyhole surgery. They also met Wobbly, a self-balancing robot demonstrating automated control; raced against the clock to wire up a control panel to launch a space rocket; discovered how fractional distillation produces rocket fuel; and explored how different materials are used in aviation and mechanical engineering.

Ben Sharp, Project Co-Director and chemical engineering student, commented ‘Think Inside the Box was a really exciting opportunity for us to share our passion for engineering with the next generation. It was great to show so many young people how they can apply the maths and science they learn in school to solve real problems and make a positive difference. It was also a great opportunity for us to practice and apply the skills we learn through SELA, and especially networking as we met other exhibitors at the event.’

After collecting a stamp cards from each of the nine boxes, the young people entered SELA’s Theatre of Engineering, to see a film produced by the cohort. Dan Habbershaw, Project Co-Director and aerospace engineering student explained: ‘The boxes showed children how engineers are behind things they see and do every day, and the film related those different disciplines together and revealed how they can interact, so that simple concepts can allow us to achieve great things, like putting a rocket into space.’

Head of SELA, Dr Gary Wood, commented: ‘It was fantastic to see our young engineers in SELA sharing their enthusiasm for engineering with people just a few years younger. It was such a powerful way for young people to realise what’s possible in their futures, and to encourage them to see engineering as an option.

‘We need increasing numbers of engineers, so events like Get Up To Speed are really important. We are really grateful to workwise for hosting Get up to Speed, and for giving SELA the opportunity to be involved.

‘I am immensely proud of what our students have achieved this year, inspiring future engineers whilst also developing and practising their own leadership skills, creating and developing their own vision for the event and securing the opportunity to take part in Get up to Speed through their own network.’

Every stamp card completed at the event will now be launched into space, with the help of Sent into Space, a start-up run by two doctoral graduates from the University of Sheffield’s Faculty of Engineering. The young people will then receive back their own stamp card, which has been into space, to remind them of the event, and encourage them to aim high in STEM.