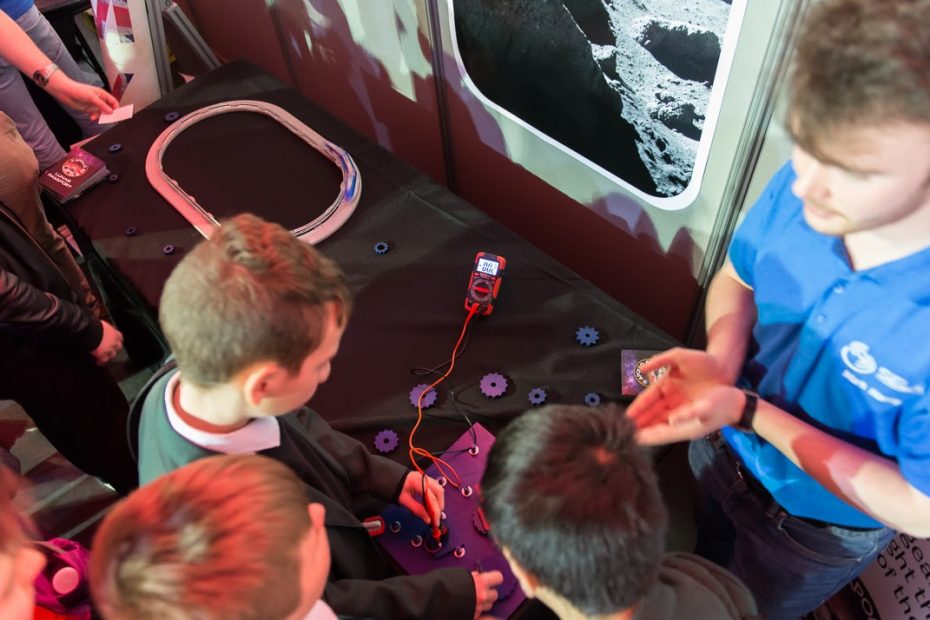 With just over five months to go until Get up to Speed with STEM 2020, organisers are encouraging schools and any young people wishing to attend the event to secure a place as soon as possible after a record number of early bookings.

Get up to Speed, which this year marks its tenth anniversary, is Yorkshire’s largest annual employer- inspired science, technology, engineering, manufacturing and construction careers event aimed at young people. Figures show that the 2020 event is already set to be the biggest yet, with three times as many schools, youngsters, families and businesses already signed up to take part at this stage than any other year.

John Barber, CEO of the work-wise Foundation and Chair of the Get up to Speed Steering Group, comments: “We often see most visitor bookings come in after Christmas when schools have finalised plans for the new term. Having already allocated more than 1,600 visitor tickets, it’s great to see that they are keener than ever. Our tenth anniversary is going to be the best event yet and although Get up to Speed is free to attend, we do have to allocate spaces on a first come first serve basis. With less than half of the visitor tickets remaining and only a few morning sessions still available, we would really encourage anyone that does want to come along on the day to sign up now to avoid missing out.”

Championed by employers and delivered through the work-wise Foundation alongside key partners in the private and public sectors, more than half of exhibitor spaces at Get up to Speed have also been sold. Organisers have therefore announced that the early bird exhibitor discount on stands will come to an end shortly, but is still available to anyone who signs by 10th October.

John Barber comments: “We are thrilled to have an impressive list of businesses that have already committed to exhibit so early on in the planning stages. We know many other companies will also be keen to take part and may not have had the chance to book a place yet, but it really is the last chance to book at the discounted price. However, at the rate that we are taking bookings we expect the remaining stands to be sold by the end of November.”

Get up to Speed with STEM takes place at Magna Science Centre, Rotherham on Wednesday 25th March 2020. The annual event is designed for young people, their families and teachers to see some of the UK’s best innovations first hand, hear from and talk to those involved in their success and learn about the future of the sector and its evolution through technology.

This year’s Get up to Speed will include a particular focus on robotics and renewables, feature ten zones to mark ten years and include presentations from previous visitors that have gone on to secure a career in STEM-related industries as a result of past events.

Get up to Speed also gives companies the opportunity to showcase their business whilst helping to address the skills gap in STEM-related industries.

The free event is open to young people, families, individuals, schools and employers to visit. For more details and to book places, go to www.getuptospeed.org.uk.

Businesses wishing to take part in the event, or find out more about booking a stand and/or sponsoring any of the zones, should email John Barber at john@work-wise.co.uk or call 07500 331400.